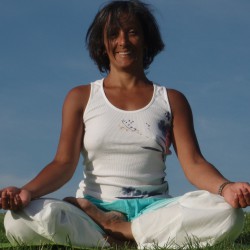 All that is written has my attention. I love books, reading and writing them as well as promoting authors and their work.

Under the Same Sun
Mariam Kobras This YA medical, romance, coming of age novel captured me almost from the start. The mc is a girl who, as exceptional as she might be, still remains very relatable, or at least she is to me. As far as the other characters is concerned the author had me rooting for them too, even the ones that only play a small part in the whole.

The story itself did remind me a lot of popular medical TV series, especially with the mc calling herself 'Izzy' as Isabel from that most famous hospital series with Dr. McDreamy, but as distracting that was for a moment soon enough that little distraction faded to the background to be replaced by the story of this Izzy and her struggle to accepting herself and finding what she so longed for. What that is I will not reveal, you will just have to read the book.

To my utter surprise this YA had me laughing at one point, an awkward moment, but very recognisable, and had me shed a tear. Quite a feat for a genre I've long outgrown. Kudos to the author for breathing life in a genre that is mainly dominated by sighing, pining girls. Can't get over Bella and her obnoxious behaviour, but I do think Izzy is more than capable to make us all forget about that flat, cardboard character with her lively, deep, fully rounded and vibrant show of who she is and what she's all about.

Not quite sure what the purpose of those random tweets is and why they sometimes start a chapter, then suddenly appear in the middle of one, and other times aren't there at all, but I guess they do show Izzy's character in a way.

End 'verdict'? I liked the book and would certainly recommend it to any young adult, or even adults that like a coming of age romance. Would I read it again, do I feel the rue to run out and grab the first person I see to urge them to read this book? Probably not, hence my reason for giving this one a 4-star rating and not a 5.